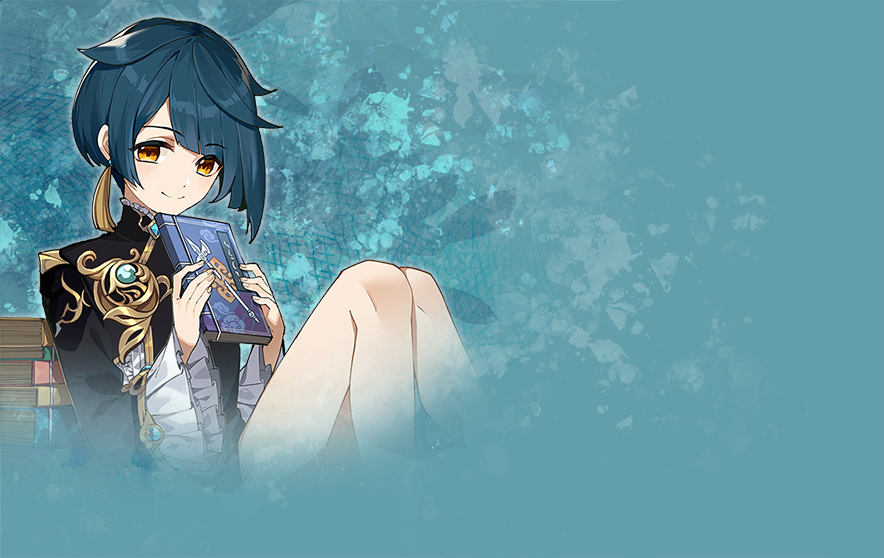 Unless stated otherwise, assume all fics are explicit. Fics that are in a series or take place in the same au are grouped together and listed in chronological order for the setting.

Xingqiu, the lead singer and the main draw of Fatal Rain, is almost half Albedo's age. Which is why Albedo keeps his devotion to his new muse-slash-fantasy entirely to himself. Looking from afar is entirely harmless, and that's what he intends to do—until an invitation from Fatal Rain's label to draw for their new album arrives in his inbox and he finds himself across from Xingqiu at the meeting table.

Albedo's attempt to act unfazed by his idol's presence fails, but Xingqiu doesn't mind. By some twisted form of logic, Xingqiu decides Albedo's loyalty makes him a perfect and discrete outlet for Xingqiu's sexual frustrations.

He's right, of course--Albedo would never tell a soul. But secrecy doesn't constrain the feelings that develop between them.

The best way for Xingqiu to get the information he needed, to get the access he needed, was to find some sort of job in Albedo's household. He'd done it before. He'd been a tutor, a butler, even a cook, and it had always worked.

There was only one problem this time: Master Albedo didn't hire men. The logical way forward, then, was a disguise that would get him past that particular hurdle.

Though Albedo had given Xingqiu an open invitation to the master bedroom, he had never gone&#8212and it was easy to justify the avoidance. Why would Albedo invite him to the very place he kept the stone, and why would Xingqiu walk into a room that would guarantee privacy for whatever Albedo wanted to do to him?

But Xingqiu was running out of places to look. All he could do was hope that breaking into the bedroom while Albedo was sleeping would make it easier to escape unbothered.

Albedo sends his staff away to spend an evening alone with a mysterious guest. But when he calls Xingqiu back to the mansion for help with dinner, Xingqiu realizes he's walked straight into a trap.

After ruining a business deal for the Fatui, Xingqiu has been on the run for months. To help protect him, Xingqiu's parents hire Albedo and Kaeya to travel with him. But as the Fatui's influence returns to Liyue, Xingqiu's family cuts ties with Xingqiu to avoid their ire.

Xingqiu has no way to pay for Albedo and Kaeya's protection without his family's money. So he exchanges something else instead.

Xingqiu knew it would happen eventually. Once Kaeya and Albedo grew bored of his mouth and hands, they'd want more.